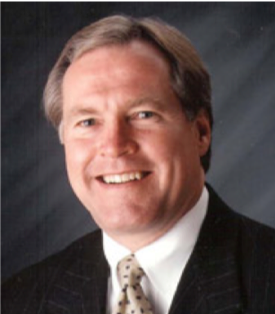 Scott Heape, a native Texan, earned a B.S, in Geology from Tulane in 1972 where he also played football on a scholarship. He began his oil and gas career working summers during college as a field operator of completion and remedial services for Halliburton as well as an operator. After graduating from Tulane he served as an engineer on field logging equipment for Schlumberger.

After his experience with Schlumberger, he served as an exploration geologist with Lone Star Producing Company, a wholly owned subsidiary of Lone Star Gas (Enserch). He then joined Bass Enterprises Production Company in Fort Worth and continued exploration work in East Texas, Northern Louisiana and Southern Arkansas. He had broad responsible for open-hole logging and field evaluation for all Bass Family domestic energy operations.

Today he is President of Dallas-based H&S Production, Inc., a private oil and gas company, which he founded in 1978. He is also President of Atoka Operating, Inc., a wholly owned subsidiary of H&S Production. The organizations’ primary focus is to identify and acquire oil & gas prospects for exploration and developmental drilling. Since its formation, H&S’s track record of successful completions is well documented. H&S activities are concentrated in the Sherman-Marietta Basin, Fort Worth Basis, East Texas and Northern Louisiana.

He is married to Mary Alice and has three sons, David, Austin and Jonathan. Austin is the third generation of the Heape family to become a geologist. 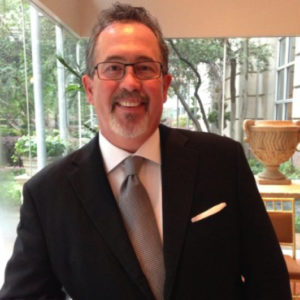 Bob joined the executive team in June 2016 and serves as Chief Financial Officer of H&S Production, Inc. and its affiliates, Atoka Operating and TriGeo Energy. He brings over 30 years of oil and gas experience through his hands-on executive positions in the industry and through his prior energy-focused CPA firms, including “Big Four” and regional public accounting experience. Bob served as co-founder, Partner & Chairman of KBA Group LLP (nka BKD LLP) and Partner in Charge of Taxation and Advisory services of JonesBaggett LLP (nka Whitley Penn LLP). Prior to joining H&S Production, Bob was most recently EVP, CFO and board member of Primexx Energy Partners, an independent oil and gas E&P company with operations principally in the Southern Delaware area of the west Texas Permian Basin shale play.

Mr. Baggett is a Certified Public Accountant and a cum-laude graduate of Texas Tech University with a BBA in Accounting. He is a member of the Texas Society of CPAs, the American Institute of CPAs, the Forensic and Valuation Services Division of the AICPA and the Independent Petroleum Association of America. Bob currently serves on the board of directors of the Domestic Energy Producers Alliance (DEPA, a national non-profit organization supporting the U.S. independent oil and gas industry), Neofirma Inc. (a Dallas-based energy software company), and Texas Tech University – Rawls School of Business Advisory Council. Bob was selected as one of the 21 Leaders for the 21st Century of Collin County in 2011 and was named 2014 CFO of the Year Finalist by the Dallas Business Journal.

Mr. Sewell has spent the last forty years in the oil and gas industry. He is a graduate of North Central Texas College and upon graduation immediately went to work for Loch & Tracy Engineering Corporation, a consulting, operating and oil production company. He worked there until 1977, he acquired the assets of Atex Exploration & Operating Company. In 2005, he joined Atoka Operating and is responsible for the achievement of production targets, the supervision of drilling and production, operations, leading the production and drilling team in forecasting drilling schedules, planning completions and delivering product volumes, safety programs, the preparation and management of operational budgets and expenses, overseeing subcontractor agreements, permitting, drilling and completion. 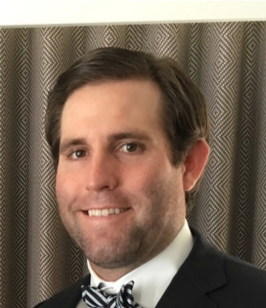 Mr. Heape earned his Bachelor of Science in Geology at Baylor University in 2006 and earned his Masters of Science in Geology from the University of Oklahoma in 2010. Austin currently serves as Vice President of H&S Production, Inc. and as President of TriGeo Energy LLC, an affiliate of H&S Production, which owns and operates a large Wolfcamp position in the eastern Midland basin.

Prior to joining the H&S Production/TriGeo Energy team, he was the lead Geologist for Devon Energy in its Permian Midland Basin Wolfcamp Shale
acreage, managing drilling and responsible for development planning of all acquisition acreage. During his tenure he was senior geologist on over 150 horizontal Wolfcamp wells. He was also instrumental in implementing the Devon geo-steering program which hired and trained multiple candidates to streamline operations. Prior to this, he was employed by Sandridge Energy as the primary geologist for South Cowden, Tex-Mex fields, using petrophysical mapping to discover multiple step out prospects and also working in the northern Central Basin Platform. Since joining H&S Production Austin has reworked many of the company’s legacy assets in North Texas and in the Permian Basin, developing new geologic models for each field.

Want to learn more about how we can meet your investment needs?

Fill out this form and we’ll reach out to set up a time to discuss.